How to read and decode bare law for ca ipcc ,ca final, and cs students

Dear Friends,
This time we will solve the mystery of law and bare acts. Before I start, if you want a softcopy of any Bare act then go to the links provided in the 'Related Links' section at the bottom left of this blog.
Most of us believe an act and a law to be synonymous, but two differ in a sense that Law is a stem and Act is its branch. For Income tax LAW would include, The Income tax Act as well as Income tax rules and any notification or circular issued by any authority under this act. Judgments by various courts help us interpret the law. (Note: For the purpose of CA exams what is covered is Income tax law and not just Income tax act.)
Now arise the most important question that if a student is studying the Income tax law (or any other law) from the books of some well known authors then what is the need for understanding the bare act?
Friends what you are studying is just a commentary of the income tax law (or any other law) by the authors. The books you read are interpretation of provisions of the law and an opinion thereon by these authors. The Act is an essential element from which comes, the interpretation and then the detailing of the legal requirement. Disagreements in interpretations take the form of case laws. So these commentaries are not the final text or a binding one, but the bare acts are.
At the same time, bare acts, by nature, are the most complex ones to comprehend and are often misapprehended. The primary reason is the use of legal language and legal terms/words having definite meanings. The language is used to ensure that the law is unambiguous to read and apply. So it is always better to assist your bare act reading with these commentaries.
How to read bareact:
1. Read the Index and headings of the act.
2. Go through all the sections. (Do not bother to understand the meaning.)
3. Reread the provision by breaking it into various parts. (Might take up to 3-4 readings)
4. Make a basic understanding and confirm it with the commentaries you read.
Now let’s have a look at the structure of an act:
# NAME OF THE ACT: Name of the act will give an indication as to its purpose and the year in which it was formed. Example: Income tax act 1961(43 of 1961);It means Act to tax income, which was formed during year 1961 and it was the 43rd act to be passed by the parliament in that year.
#PREAMBLE: An act starts with preamble, which denotes the Objective of the Act and the Fact that it is enacted by the Parliament on the given date.
#CHAPTERS: Chapters divide the act into various parts and groups the related section together. For Example: Penalties for various offences are provided under Chapter 21 of the Income tax Act 1961.
# SECTIONS: Sections are the actual provisions of Law and are the primary segment of the Chapters. Under Sections, there are Sub-sections to divide the content. All the sections are at same footing unless specified otherwise. A section may contain any of these words, which would make them unequal.
NOTWITHSTANDING: When a section contains the word notwithstanding it means that the Section will prevail over any other section in the same Act.
SUBJECT TO: This will take away the substantial powers from the section. And this section will not override other sections referred to it in this section. This section will make way for other specified sections of the same act.
WITHOUT PREJUDICE TO: It means this section will not affectthe rights of the other section which are referred in this section. But it will at par with any other section.
(Note: A proviso can also have these characteristics. And if so, Then the same principles would apply regarding the provisos.)
#PROVISO: Provisos are used to provide an exception to the main law stated by the section. Proviso starts with the words “Provided that”.
#EXPLANATION: Explanation clarifies any unclear aspect of the section or proviso. But they can not modify or override the section or proviso.
#SCHEDULES: Schedules are lists at the end of the act, and are used to assist the procedural parts of the various sections.
#ABBREVIATIONS: If an act uses the abbreviations then the same are clarified at the beginning of the act.
Some commonly used legalterms:
Ad hoc: For the particular case at hand
Ad valorem: According to value
Bona fide: In good faith
Cognizance: To bring to the knowledge of the law enforcers
Ibid: From the same source: at the same place
In lieu of: Instead of
Inter alia: among other things
Inter se: between or among themselves
Ipso facto: By the mere fact
Mens rea: Guilty Mind
Quasi: Like
Suo moto: On its own motion
Supra: Above; As referred to in the above mentioned paras.
Sooner you start using a bare act with the commentary, better it is.
Posted by CA Himanshu purohit at Wednesday, July 02, 2014

Enter email id below to get updates 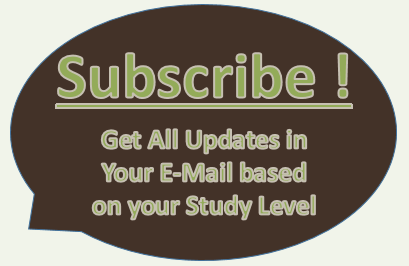 enter email id below to get notesin your mail box directly

Enter email id to get notes in your inbox